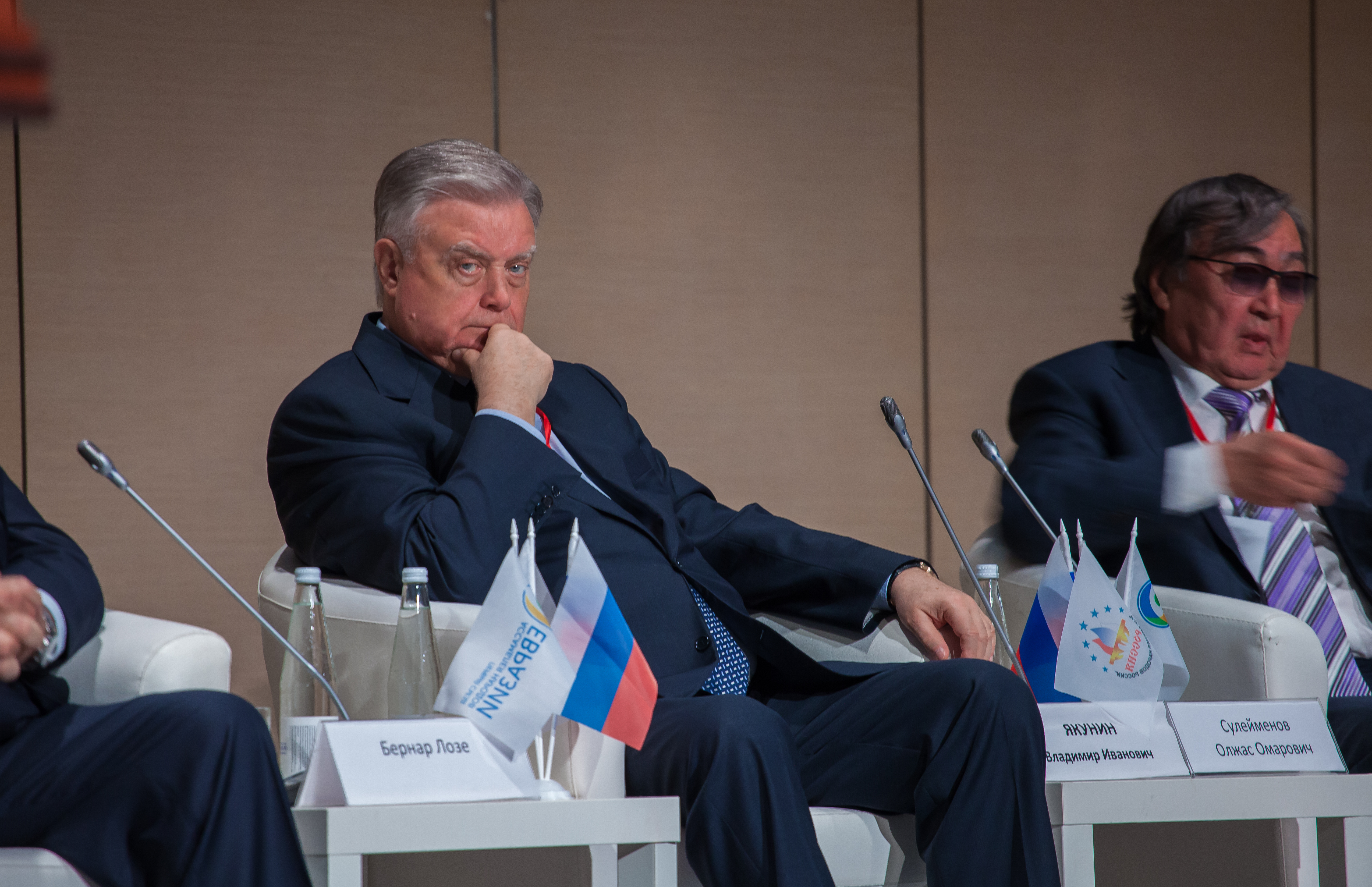 Chairman of the Supervisory Board of the Dialogue of Civilizations Research Institute, Head of the Department of State Politics of the Faculty of Political Science, MSU, Doctor of Political Sciences Vladimir Yakunin made the presentation “Value-Based Measurement of Geopolitical Shifts in the Eurasian Space”.

“The Eurasian space should objectively not be divided. Historically, the most important trade arteries of humanity have linked Europe and Asia. And today, the conversation should be about the coherence and infrastructural condition of the space ‘from Lisbon to Vladivostok’, to quote General De Gaulle. Accordingly, such a union cannot happen without a consensus on the level of values. The idea of united development could be proposed as a unifying factor.” noted Yakunin. According to him, the challenge of the modern age lies in finding potential avenues for a new spiritual renaissance, and today we see the symptoms of an increasing demand for spiritual values in the world. 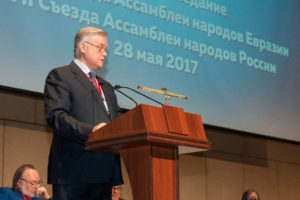 Congress of the Assembly Eurasian Peoples – the annual event, designed to become the platform for formation of public integration model of the Euro-Asian partnership, support and development of public diplomacy, to promote global interethnic Euro-Asian communication.

The plenary meeting was attended by representatives of governmental and public authorities of 60 countries, among whom were Secretary of State of the Union State of Russia and Belarus Grigory Rapota, Vice President of the Association Dialogue Franco Russe Bernard Lozé. The participants of the Conference were greeted by President of Russia Vladimir Putin, Chairman of the Federation Council Valentina Matviyenko, Chairman of the State Duma Vyacheslav Volodin, Foreign Minister Sergey Lavrov, and other government figures.

For his personal contribution to strengthening peace, friendship and accord between peoples and developing people’s diplomacy in the Eurasian space, Vladimir Yakunin was awarded with the Eurasian “Staff of Friendship” award. 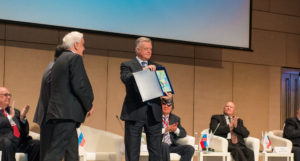