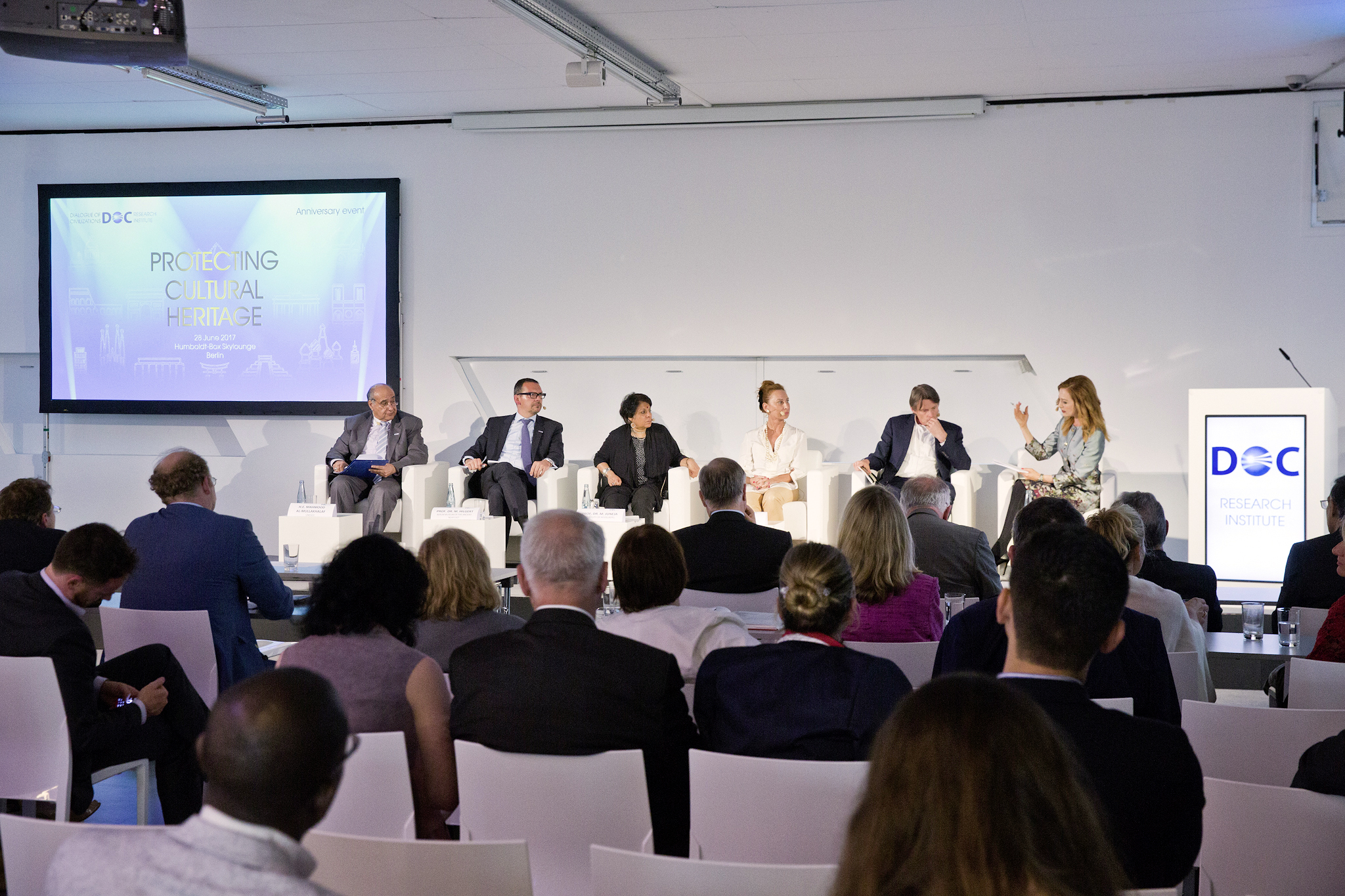 29 June, Berlin – DOC Research Institute, an independent international think tank, commemorated one year since its launch in Berlin with a panel discussion involving influential cultural dignitaries from Europe, the Middle East and Asia to talk about critical issues relating to the protection of cul-tural heritage around the world.

Vladimir Yakunin, Chairman of the Board of DOC Research Institute, said:

“As we commentate our first year since launching in Berlin, we could not pick a more suitable topic to discuss than culture and cultural heritage. Every day through culture, the world discovers common values. Of course fundamental disagreements remain, but in culture at least we can be united. And at this time, when there is so much that divides us, it is more important than ever to remind ourselves of what can bring us together.”

The discussion covered issues ranging from the need for a coordinated global effort to protect cul-tural sites around the world, to the role that academic research and education can play in driving awareness as well as how new digital technologies can increasingly support the protection, as well as accessibility, of the world’s cultural heritage. The message of the Roundtable was very clear:

Research, understanding, and – vitally – coordination, are essential to the international community’s response to heritage in danger.