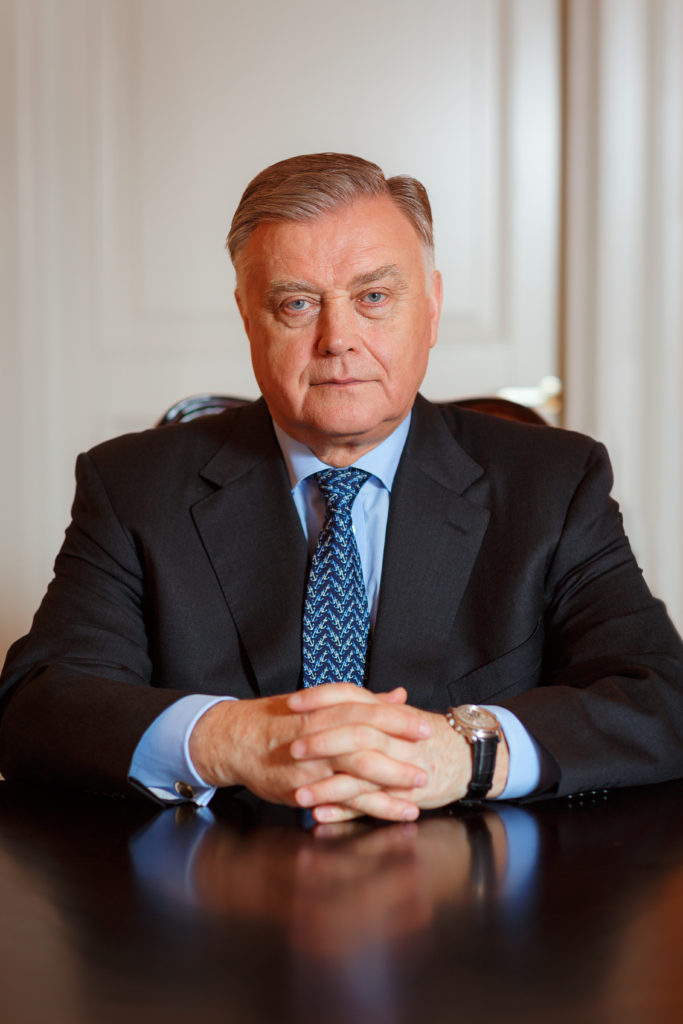 Vladimir Yakunin is a Russian public figure, businessman and former president of Russian Railways (June 2005 — August 2015). After stepping down as head of Russian Railways he has continued to be engaged in public work as a founder and president of World Public Forum «Dialogue of Civilizations». In October 2015 he started work on creating an international think tank focused on the search for solutions to help de-escalate tensions across the world. DOC Research Institute was launched in July 2016 in Berlin.

Yakunin graduated from the Leningrad Mechanical Institute where he studied aircraft construction, and specialized in engineering and the maintenance of long-range ballistic missiles. His career began in the State Institute for Applied Chemistry in Leningrad.

After demobilizing from the Soviet Army in 1977, Yakunin worked as a senior engineer in the State Committee for International Trade of the Council of Ministers.

From 1982–1985, Yakunin headed the Foreign Relations Department at the Ioffe Physico-Technical Institute.

Between 1985 and 1991, Yakunin was part of the Soviet diplomatic mission to the United Nations, becoming the Mission’s First Secretary in 1988.

On June 15, 2005, Yakunin was appointed Head of Russian Railways. He was later reappointed three times.

On December 12, 2012 in Paris, the International Union of Railways General Assembly appointed Yakunin Chairman of the Union. He was unanimously reappointed on December 3, 2014 and continued to head it until his retirement.

In 2013, Vladimir Yakunin founded the Endowment for the World Public Forum Dialogue of Civilizations, aimed at supporting research in the sphere of political and social sciences, religion and culture, developing communication between countries on political and economic matters, and seeking compromise in cases of social unrest and international disputes. In 2016, together with the Former Secretary General of the Council of Europe Walter Schwimmer and Professor Peter W. Schulze of the Georg-August University of Gőttingen, he founded the Dialogue of Civilizations Research Institute. Vladimir Yakunin was appointed Chairman of the Supervisory Board of the Institute.

Since January 2006, Yakunin has been the Academic Supervisor and Chairman of the Supervisory Board for the Russian Academy of Sciences’ the Problem Analysis and Public Administration.

In 2005, he successfully defended his thesis, which was on. «Developing Geostrategies in Present-Day Russia».

He was awarded a Ph. D. in Political Science in 2007, after successfully defending his thesis «Process and Mechanisms involved in of National Policy Formation in Contemporary Russia»

His published monographs including «Developing Geostrategies in Russia: The Transport Component» (2005), «Political Science of Transport: Measuring Transport Development in Terms of Politics» (2006), and «National Policy Formation in Present-Day Russia: Theoretical and Practical Issues» (2006).

Since 2010, he has been Head of the State Policy Department at Moscow State University’s (MSU) Faculty of Political Science.

He is also visiting professor at the Stockholm School of Economics.