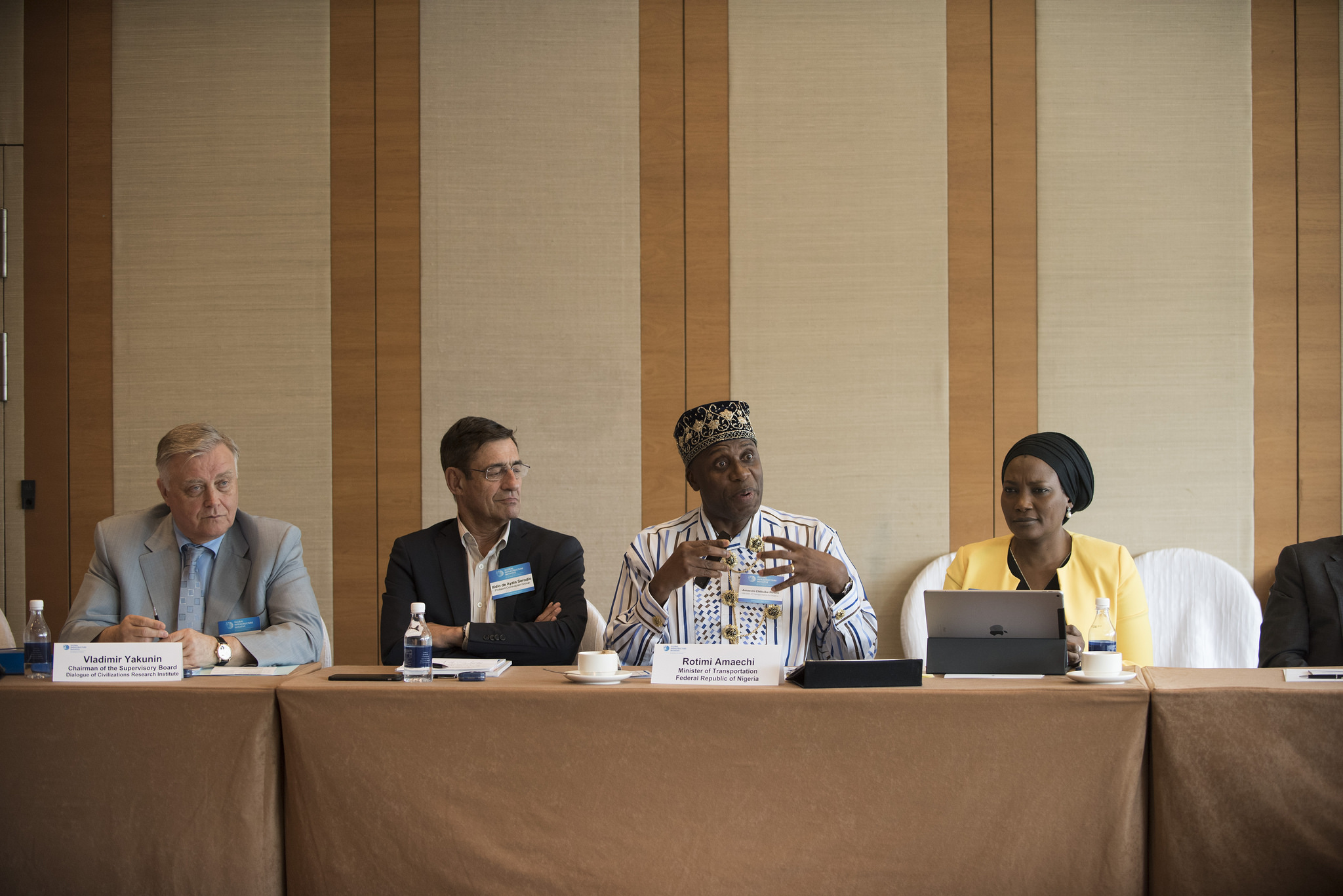 This trilateral economic corridor is a major cooperation initiative agreed by the leaders of the three countries that aims to boost infrastructure and trade integration through aligning China’s OBOR initiative, Russia’s Trans-Eurasian Belt Development initiative, and Mongolia’s Steppe Road Program. It includes 32 projects deemed beneficial to the three countries, 13 of which are focused on transportation infrastructure.

One of the projects that sparked particular interest during the discussion was the ‘Northern Railway Route’, connecting the Mongolian North-Western provinces via the Erdenet-Ovoot line with the Republic of Tyva in Russia.

Discussing the project, Dr Yakunin said that it will support stronger economic development in Tyva and the neighbouring Russian regions, boost their links with Eurasian and global markets, and add at least 5-10 million tons of cargo capacity to the railway that crosses Mongolia, thus enhancing the performance of the Trans-Mongolian Ulaanbaatar Railway. For Mongolia it will also mean new settlements and the further development of its vast north-western provinces, creating jobs and income as high-grade coal, iron ore, and fertilisers are able to reach the growing Chinese economy and other markets. For China, it will mean access to more valuable resources and easier transit to Europe, as well as faster economic development of its Western Provinces.