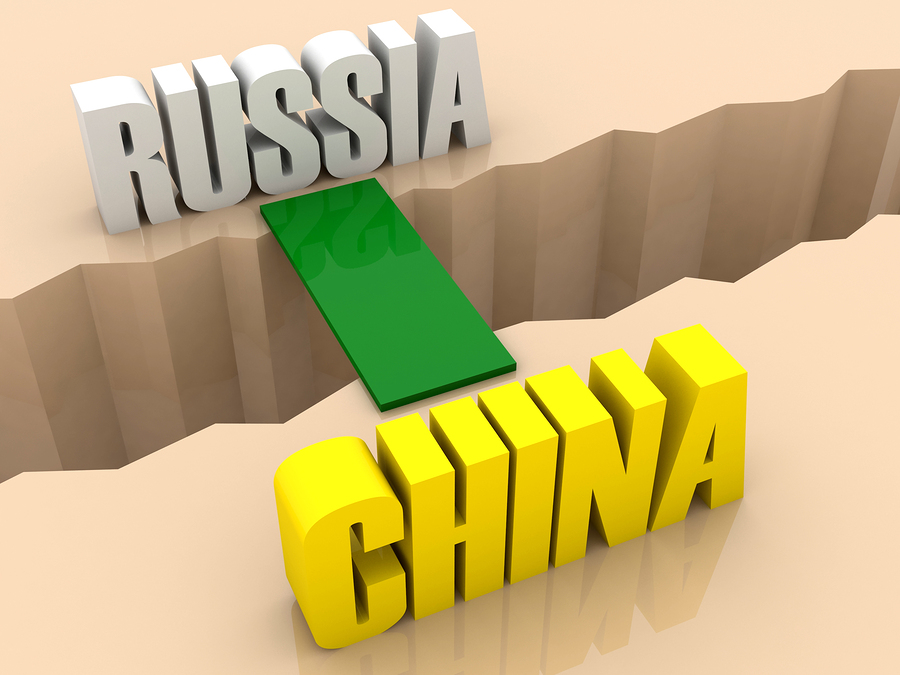 On November 22 the round-table talk on “The eastern vector of the Russian state politics: challenges and opportunities” was held at Lomonosov MSU.  During the talks, for the first time, they presented a report on “Chinese global project for Eurasia: setting the task”. The report was prepared by experts of the Centre of Studies of Crisis Society.  Vladimir Yakunin, Head of Department of State Politics at MSU, PhD of political sciences, was the report advisor.

The report on “Chinese global project for Eurasia: setting the task” is available for downloading at the web site of the Centre of Studies of Crisis Society:

The key focus of the report’s research is on the research of the Chinese initiative “Silk Road Economic Belt”.  As the participants of the round-table talk emphasized, People’s Republic of China – being the most densely populated country and one of GDP leaders – has significantly increased its military capacity and is ready for more active participation in the global politics. It makes relationships between People’s Republic of China and USA intense as the U.S.  management has been considering China as their main competitor.

The essence of the Chinese initiative is in creation of a new model of international cooperation based on continuation of the ancient Silk Road. China has been developing new mechanisms of such an economic partnership with a great number of states all over the world.

In the report which was presented at the round-table talk the detailed analysis of the Silk Road Economic Belt  is given with consideration of the interests of both People’s Republic of China and the Russian Federation.  According to experts, with the growing Russian-Chinese cooperation and the common geopolitical competitor presented by the West there is no alternative other than creation of the new Eurasian Economic Territory.

One of the key conclusions of the presented report is that Russia should use the fact that China, getting more powerful,  is interested in cooperation.  Russia should use its powerful capacity for the benefit of its own development.

“We have something to learn from our Chinese colleagues and partners” – said Vladimir Yakunin. “When the Chinese announce the launch of a global project just once, they start implementing it step by step, despite any obstacles from other countries”. According to Vladimir Yakunin, strategic partnership of Russia and China implies shared goals and the need for regular, daily work.

For this purpose, we need to pay special attention to training of specialists who will be able to work on such a level.  That is why the Department of State Politics of the Faculty of Political Studies at MSU and Endowment Fund “ISTOKI” initiated the PolitIQ programme where talented students of political studies will be selected and given the opportunity to get additional knowledge in foreign universities.

Alexander Lukin, Head of the team of the report’s authors, noticed that there is no doubt the Chinese are always trying to further their own interests (use their money and  their companies for construction, and use their own technologies), that is why we might suffer from significant damage for our national interests unless certain counter active efforts are taken.  “But the Chinese are the partners who are easy to agree with, they are more flexible than the West and USA” – he continued. “That is why when they take a clear signal from their partner about protection of national interests they accept it.

For instance, it was the case with integration of the Silk Road Economic Belt and EEU. Just several months before the day when our leaders signed a corresponding document in May 2015, at the international conference in Kazakhstan almost all Chinese experts were strongly against the integration of the Silk Road Economic Belt  and EEU  and were in favour of the format of bilateral cooperation.  The situation changed within a couple of months and we can see it as the successful result of negotiations. The Chinese understood that it is better to have one customs border with partners rather than several ones” – concluded Alexander Lukin.

Sergey Glazyev, Advisor of President of the RF on the issues of regional economic integration, added that Russia has tools to protect its interests. “We are not talking about creation of free-trade zone with China yet,  as we are not  ready for it.” Russia has also problems related to interaction with Chinese financial institutions: our development banks are like dwarfs in comparison to their Chinese counterparts. We should change the situation via participation at international development banks”.

According to Chinese professor Li Xin, who is also one of the co-authors of the report, Russia and China have good prospects for building new politics at the Eurasian territory including the way of facilitation of counter initiatives by Russia and other Eurasian countries. As good examples,  he mentioned the Russian initiative of “Trans-Eurasian Belt «RAZVITIE»” and the Mongolian initiative “The Steppe Route”.

Besides, Russia can solve the issue of regional safety which is one of the key matters for implementation of the Silk Road Economic Belt. It is global and military-political levels where the Russian Federation and People’s Republic of China have most number of points of convergence and shared interests in comparison to less developed trade-economic area. In order to neutralize the threats of international terrorism completely the Chinese resources alone are not enough. Especially if we consider the penetration of ISIS militants into Afghanistan and potential areas where the Silk Road Economic Belt might be located.

However, the Russian side should understand that the Silk Road Economic Belt is not an integration project but a global initiative focused on the West, the East and the South. It makes it possible to combine the efforts of Russia and China in the high-technology sphere, in the sphere of transportation, infrastructure, agriculture and finances.